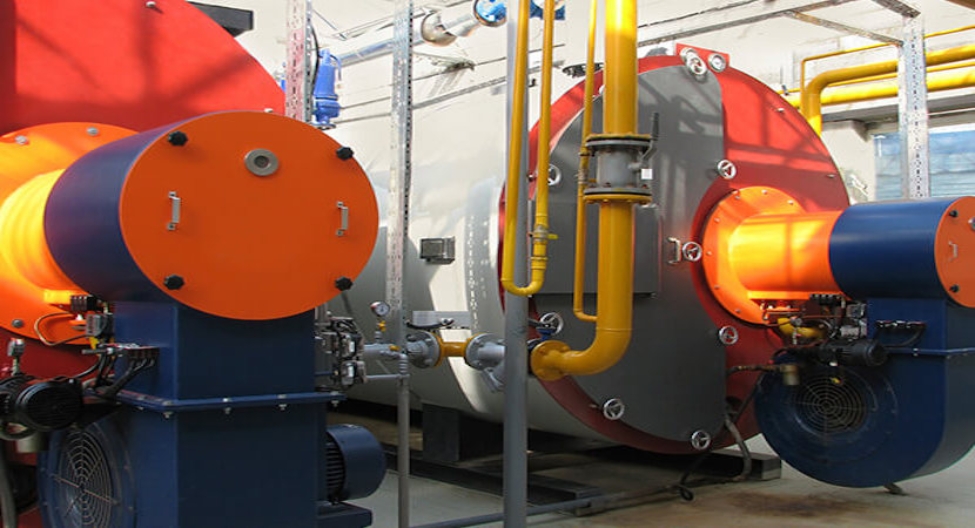 When a complex central energy plant such as a chiller plant is operating at a sub-optimal level, it wastes energy and increases plant operation and maintenance costs. It may even interfere with the building occupants’ ability to achieve their core objectives — especially if the chiller plant serves a mission-critical facility, such as a medical center. Understandably, owners and plant operations managers often turn first to the provider of their building management system (BMS) for an optimization solution. Unfortunately, the provider’s solution may be a proprietary operating platform that is not customized for the unique requirements of every chiller plant.

In many cases, the new operating platform simply adds an opaque layer — a “black box” — to a BMS that was already dysfunctional because its operating algorithm was never fully customized for the plant or adjusted over time as necessary for chiller plant equipment upgrades or changes in operating trends.

One way to achieve significant energy savings without making a substantial capital investment — that is, instead of investing in a black box, which is believed to be a panacea for your operations problems — is to assess the plant’s performance with actual metering and a staff of specialized engineers interpreting the data and recommending enhanced operating strategies. The energy advisory firm, utiliVisor, offers this service.

Using this strategy, a leading medical center learned that it could have avoided a $148,000 “black box” capital investment, as energy monitoring and oversight identified over $103,000 in total savings that could be gained from operational improvements — including over $56,500 in potential savings that were not realized through operation of the new black box platform alone but could have been attained by reprogramming the existing control system.

In science and engineering, a black box is any device or system whose input, transfer characteristics and output can be seen — but not its inner workings. A black box BAS operating platform is encrypted so that users cannot access its programming logic.

The platform takes operating data from the existing BMS, determines operating parameters, and outputs these parameters to the chiller plant equipment. Although plant operators continue to have access to the data in the BMS, the platform is intended to work independently. In fact, operators may have difficulty distinguishing the BMS from the operating platform, which can lead to confusion and another opportunity for the automation contractor to “lock in” a customer.

Often supplied by the same manufacturer as the BMS, the proprietary platform is compatible with the BMS and it is programmed with theoretically optimal operating parameters for plants like the one for which it is supplied. So it may be a good optimization solution for the owner of a relatively uncomplicated chiller plant that does not have a dedicated, knowledgeable chiller plant operator, such as a small office building. However, the platform is not fully customized for every plant, and every industrial-scale plant is unique. That is why black box platforms do not work for critical, complex, operator-dependent applications.

In mission-critical facilities, the platform does not allow skilled operators to gain any insight into how the plant is operating. The platform does not correct functional deficiencies within the BMS or the equipment that resides within the facility. It cannot readily be reprogrammed if existing plant components are replaced with components that have different operating parameters.

The majority of the energy-efficiency issues associated with a central plant stem from a lack of information in one or more of the following areas: operational issues; system hydraulic issues; control device issues; equipment issues; and controls-sequence issues. To attain optimal plant performance, the operator must understand the control system, and the control system must work with the operator. That is not possible with a black box platform.

What is needed is a transparent, data-driven solution, and this is the operating principle of utiliVisor, a web-based, independent continuous energy monitoring and advisory service. Built on open programming standards, the collection system uploads and formats operating data from the chiller plant in real time and defined timeframe increments. The data are transmitted over the web to the firm’s operations center where it is monitored for operational performance trends and system inefficiencies. Oversight is delivered to plant managers and operators around the clock via web-based alerts and alarms. The energy advisory firm’s monitoring engineers track performance and recommend adjustments to optimize energy efficiencies.

The monitoring process starts with an initial analysis of chiller plant operations. Industrial measurement devices (flow meters, electric meters, etc.) are installed as needed and existing equipment is tested for accuracy. Operating data from the various components of the plant are pulled together in the existing BMS, then pushed to the web at five-minute increments via ftp; most web-based automation systems can do this very easily.

After accurate baseline data are collected, the engineers analyze the operation of the chiller plant to determine the most efficient operating method. The engineers establish a matrix from reliable and repeatable metered data that selects the most efficient, cost-effective chiller configuration as a facility’s cooling load increases.  Optimization steps might include changing the sequencing of cooling towers, balancing the amount of energy consumed by various pieces of equipment, and determining how chilled water can be generated at the highest efficiency and lowest cost.  Other cost-saving measures can be implemented by calibrating temperature sensors and the building automation system, eliminating inefficiencies in heat exchanger performance, lowering condenser temperatures, and ensuring that flow through the plant and chillers meets the design tonnages recommended by the equipment manufacturers.

Once the initial reconfigurations have been achieved, the web interface enables continuous remote monitoring of a plant to ensure optimum operation is maintained.  Monthly reports are submitted to the institution’s operating team to show actual savings from the enhanced operating strategies and to suggest additional system improvements. If operating trends indicate a need for capital modifications, the advisors can also generate estimates of capital cost and ROI.

Optimizing the operation of chiller plant equipment often can improve energy efficiency by as much as 12-25%. Even small functional corrections and adjustments can generate hundreds of thousands of dollars annually in energy savings — avoiding the need for and expense of a new operating platform.

Independent continuous energy monitoring can also be used to open a window into an existing black box operating platform to plant components. The operations center’s engineers will offer recommendations to correct or improve operating performance of chiller plant components; they may also use the data to recommend adjustments in the algorithm that controls the BMS, operating platform or an inherent systems issue that could reside within the ancillary systems, like the cooling tower or pumping hydraulics.

A leading medical center engaged utiliVisor, the independent energy advisor for its main campus, to assess the performance of a new black box operating platform that was purchased to improve performance of the chiller plant serving a building in a satellite location. The medical center’s initial capital investment totaled approximately $416,000 — the $148,000 operating platform was sold in conjunction with a $268,000 water-side economizer.

The chiller plant contains two Carrier 19XR chiller with a total cooling capacity of 1,200 tons. Plant operations staff did not have the technical knowledge, time or training to maintain the BAS, and previous management had not held its control contractor accountable for training its operators or for performing routine maintenance on its system — despite a six-figure annual service contract.

The controls vendor then supplied the medical center with a new operating platform, which was described as an upgrade of the existing BMS, and a new water-side economizer. The new system also required expensive installation of multiple differential pressure sensors throughout the plant, ostensibly to enable better variable flow controls. The new system also established an air handling unit reset schedule and other basic energy-saving concepts.

In addition, utiliVisor identified numerous specific problems with the performance of the new operating platform and recommended solutions:

Independent energy monitoring and analysis by utiliVisor revealed opportunities for a projected total of over $56,500 in energy savings. The medical center could have avoided the $148,000 capital investment in the new operating platform. The savings that the controls vendor attributed to the new operating platform could have been achieved through the implementation of the water-side economizer (capital cost: $268,000), adjustments to the existing BMS (as part of the existing service contract), and continuous independent energy monitoring and oversight for a payback of over $86,800.

As this example demonstrates, the installation of a costly black box control system may not deliver a justifiable return on investment. This type of control system may obscure underlying issues in chiller plant operations and/or the existing BMS while failing to correct them. A far more cost-effective way to optimize a complex chiller plant is through independent continuous energy monitoring and oversight by a team of experienced engineers.

Edward L. Harvey is a systems engineer for utiliVisor. Coming from the maritime industry, he received a degree in Naval Architecture from SUNY Maritime College. Upon graduation, he worked as an engineering officer on American-flagged deep sea vessels powered by both steam (boilers operating at 900 psi) and motor (as high as 80,000 hp) engines for five years. During his time landside, he worked as an HVAC and marine service specialist for ACME Industrials and as a consulting project manager at St. John’s University. He received a USCG Unlimited Horsepower Near Coastal Chief Engineer License for Steam and Motor Vessels as well as various certifications in HVAC, High Voltage Safety, Fire Safety, Welding, and other related areas from the Calhoon MEBA Engineering School. Since joining the team at utiliVisor, he has begun work to obtain further certification as an Energy Manager and a Certified Measurement and Verification Professional.

Your tenant submetering and energy plant optimization services are an essential part of your operation. You deserve personalized energy insights from a team that knows buildings from the inside out, applies IoT technology and is energized by providing you with accurate data and energy optimization insights. When you need experience, expertise, and service, you need utiliVisor on your side, delivering consistent energy and cost-saving strategies to you. What more can our 40 years of experience and historical data do for you? Call utiliVisor at 212-260-4800 or visit https://www.utilivisor.com/